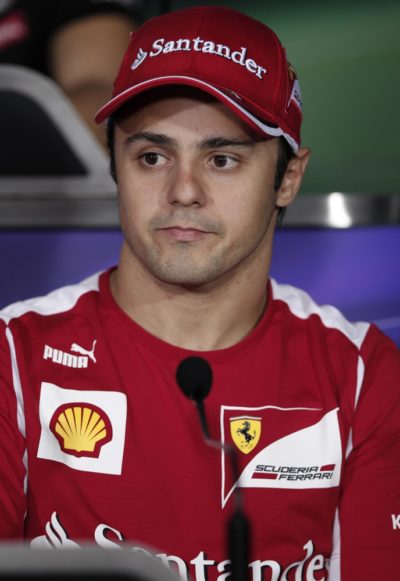 Felipe Massa is a Brazilian Formula One driver.

Felipe is the son of Ana Elena dos Santos and Luis Antonio “Titônio” Massa. They are pictured here.