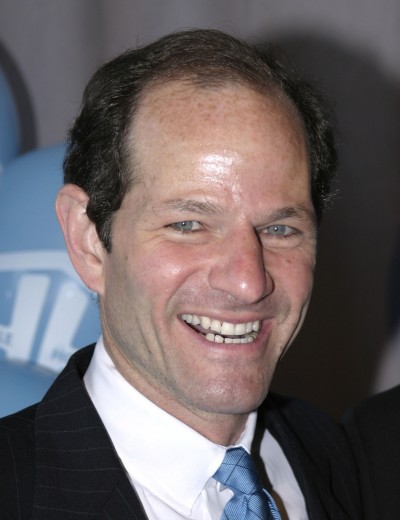 Spitzer in 2005, photo by prphotos

Eliot Spitzer is an American politician, attorney, educator, and real estate developer. A member of the Democratic Party, he served as Governor of New York, from January 1, 2007 to March 17, 2008. He resigned because of his involvement in a prostitution scandal. He was previously Attorney General of New York, from January 1, 1999 to December 31, 2006.

Eliot is the son of Anne (Goldhaber), a professor of English, and Bernard Spitzer (Bernard Emmanuel Spitzer), a real estate developer and philanthropist.

The 1930 U.S. Census lists all of Eliot’s maternal great-grandparents as having been born in “Palestine,” Ottoman-controlled Israel, and the family lived in the city of Safed. Given the Ashkenazi Jewish surnames Goldhaber and Heller, it is likely that Eliot’s mother’s family was Ashkenazi, and had perhaps come to the area as part of the First Aliyah, from 1882 to 1903.