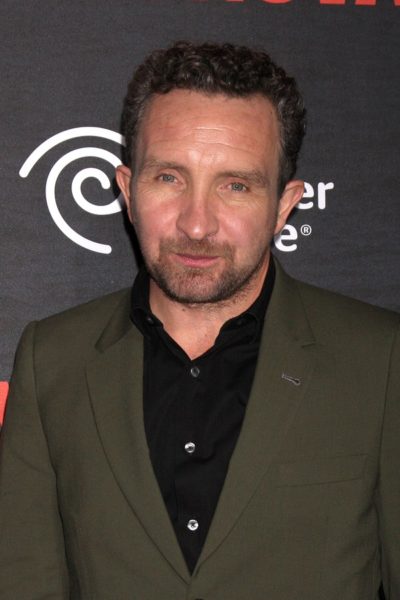 Marsan in 2014, photo by kathclick/Bigstock.com

Eddie Marsan is an English actor.

He was born to a working-class family, with a lorry driver father. He is married to make-up artist Janine Schneider, with whom he has four children.

He has stated that he has some Spanish-Gibraltarian ancestry on his mother’s side. He has also said that a DNA test showed him to have a remote amount (likely less than 1%) of genetic ancestry from West African, Ashkenazi Jewish, South Asian, and Scandinavian communities.

Eddie’s paternal grandfather was Maurice Emanuel Marsan (the son of Clement Maurice Marsan and Jane Langley). Clement was born on Trinidad and Tobago, the son of D. Marsan. Jane was the daughter of James Henry Langley and Margaret/Martha Curruthers/Craddis, who was Scottish.

Eddie’s paternal grandmother was Alice Matilda Warren (the daughter of James/Henry Warren and Caroline Louisa Dipnall). Alice was born in St. George In The East, London, England. Henry was the son of Henry Haythorpe Warren and Elizabeth Ann Vincent. Caroline was the daughter of Alexander Matthias Dipnall and Emily Williams.