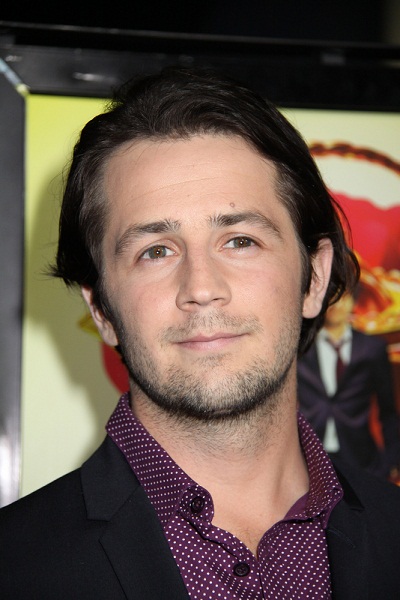 Angarano in 2013, photo by PrPhotos.com

Ethnicity: Italian, and some Sephardi Jewish

His parents are both of Italian origin.

Michael has a son with his fiancée, actress and writer Maya Erskine.

Michael’s maternal grandfather was Leonardo/Leon John Tesoro (the son of Renato/Rinalto “Rikki” Tesoro and Leda/Lita/Carmella Levy/Levi). Leon was born in New York, to parents from Ancona, Ancona, Le Marche, Italy. Renato was the son of Leonardo Tesoro and Anita Livia/Lidia Costantini. Leda was the daughter of Giulio “Julius” Levi/Levy and Aldemira/Aldromina Fabretti.

Michael’s maternal grandfather’s family were Italian Jews. Michael appears to think they were (recent) converts to Judaism, but many of his maternal ancestors were born Jewish/from Jewish families.

Michael’s maternal grandmother was Dorothy T. “Dotty” Mattioli/Mattiole (the daughter of Calogero/Carlogio/Charles Mattioli/Mattiole and Giuliette/Juliet/Julia Visconti). Dorothy was born in New York. Calogero was born in Serradifalco, Italy, the son of Salvatore Mattiole and Concetta Volpe. Juliet was born in New York, the daughter of Giovanni/Vincenzo Visconti and Rosaria/Rosalie Teresa Scarpinari/Scarpinaro/Scobanari/Serafina.

Sources: Genealogy of Michael’s maternal grandfather, Leonardo/Leon John Tesoro (focusing on his own father’s side) – https://www.geni.com