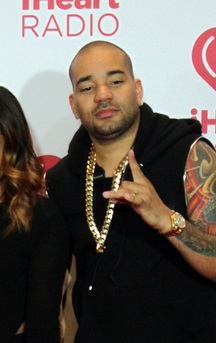 Dj Envy is an American radio DJ. He is known for his residency on The Breakfast Club Power 105.1. In an episode in 2018, DJ Envy asked the guest Dr. Phil “Have you ever… wanted to be a different race? Never wanted to be Black?”, to which Phil replied “Never occurred to me… How about you?” DJ Envy replied, “I am Black.”