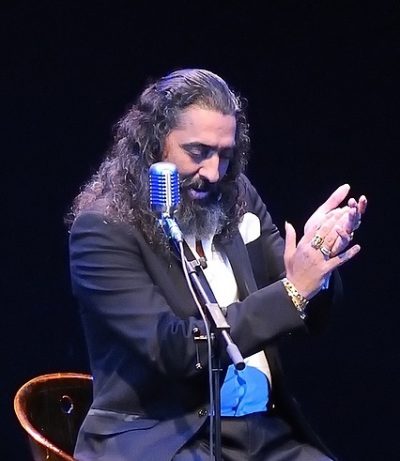 El Cigala in 2015, photo by StockPhotoAstur/Bigstock.com

Diego el Cigala is a Dominican-Spanish flamenco singer and musician. He is known for his Gypsy flamenco music. He has won two Grammy Awards and been nominated for eight Latin Grammys.

He is a Gitano [Spanish Gypsy]. Gitanos, like all Romani, are usually a mixture of the people of the country they inhabited. Diego’s family were talented gypsy artists. He was married to Amparo Fernández, until her death.