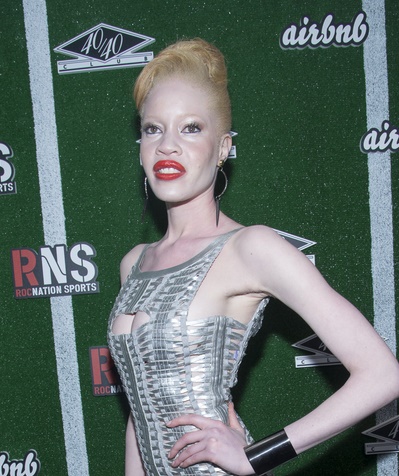 Diandra Forrest is an American fashion model. She is notable for being the first female model with albinism to be signed to a major modelling agency. She appeared in Beyoncé’s “Pretty Hurts” video, along with fellow albino model, Shaun Ross. She is African-American.