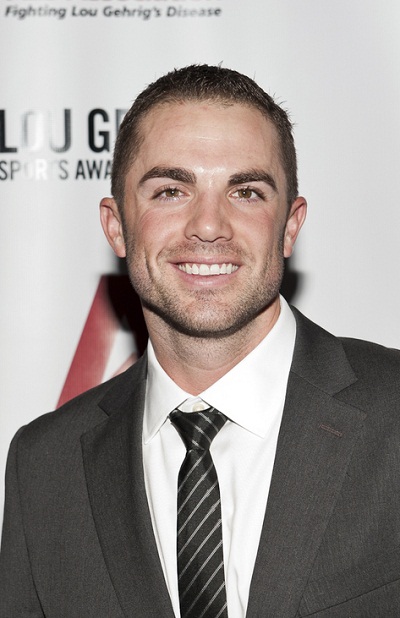 David Wright is an American professional baseball player. He was a third baseman who played his 14-year Major League Baseball (MLB) career for the New York Mets. He is nicknamed “Captain America.”

David is married to model Molly Beers, with whom he has two children.

David’s maternal grandfather was Henry Ruhl (the son of Frank Ruhl, Jr. and Sylvia Elizabeth Dickhaus). Henry was born in Cincinnati, Ohio, and was of German descent. Frank was the son of Frank Ruhl and Ada Reifschneider. Sylvia was the daughter of Harry Dickhaus and Caroline Mohrwessel.

Sources: Genealogy of David’s paternal grandfather, Cletis Goodwin Wright (focusing on his own mother’s side) – http://worldconnect.rootsweb.ancestry.com