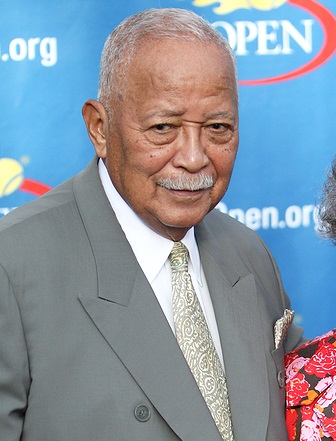 Dinkins in 2011, photo by Debby Wong/Bigstock.com

David was the son of Sarah “Sally” Lucy, a domestic worker, and William Harvey Dinkins, a real estate agent and barber. He was partly raised in Harlem. David was married to Joyce Burrows, until her death, with whom he had two children. Joyce was the daughter of Daniel L. Burrows, who was a member of the New York State Assembly, from 1939 and 1944.

David’s paternal grandmother was Myrteen Warren Tucker (the daughter of Stephen Tucker and Louisa Ervin). Myrteen was born in Virginia.

Source: Genealogy of David Dinkins (focusing on his father’s side) – https://www.geni.com