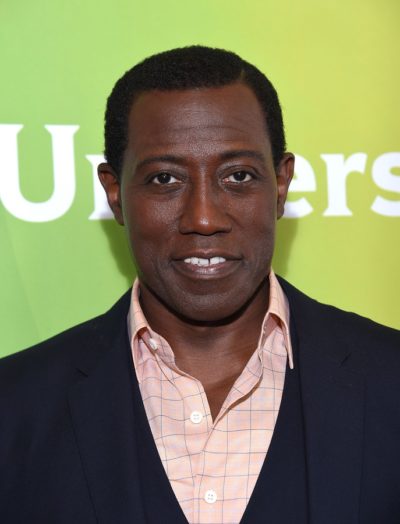 Snipes in 2015, photo by DFree/bigstock.com

Wesley Snipes is an American actor, director, producer, author, and martial artist. He is the son of Marian (Long) and Wesley Rudolph Snipes, an aircraft engineer. He grew up in the Bronx, New York and Orlando, Florida.

Wesley is married to painter Nakyung “Nikki” Park. Nakyung is of Korean origin. He has a son with his former wife April Dubois; and four children with Nakyung.

Welsey’s paternal grandfather was Wesley B. Snipes (the son of Peter Snipes and Katie/Kate Haynes or Bunch). Wesley’s grandfather Wesley was born in South Carolina. Peter was the son of Joseph Snipes and Fannie. Katie was the daughter of James Bunch and Cloie/Chloi.

Wesley’s paternal grandmother was Minnie Walker Haigood (the daughter of John H. Haigood and Henrietta Walker). Minnie was born in South Carolina. John was the son of Henry Haigood/Haygood/Hagood and Louise/Louisa Edwards.

Sources: Genealogy of Wesley Snipes (focusing on his father’s side) – http://worldconnect.rootsweb.ancestry.com