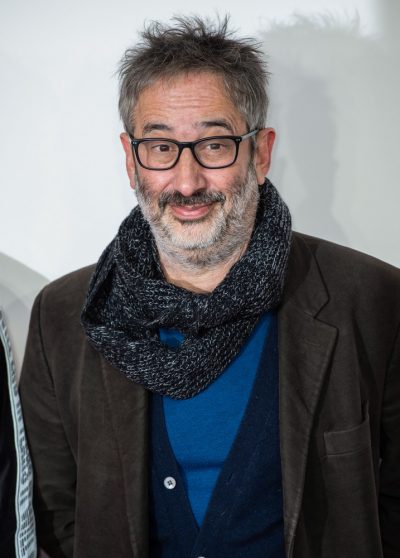 David Baddiel is a British comedian, presenter, screenwriter, and author. He is known for his work on sketch comedy show The Mary Whitehouse Experience, with Robert Newman. He has written several children’s books. With his frequent working partner, Frank Skinner, he wrote the lyrics and provided vocals for song “Three Lions.”

David was born in Troy, New York, the son of Sarah and Colin Brian Baddiel, a research chemist. His father was born in Swansea, Wales. His mother was born in Germany, and came to England as a refugee from Nazi Germany in 1939. David was raised in England from an early age, and grew up in Dollis Hill, Willesden, north London. David holds U.K. and U.S. citizenship.

He has two children with his partner, comedian Morwenna Banks.

David’s paternal grandfather was named Henry Baddiel (the son of Barnet/Barnett/Dov Baddiel and Bessie/Anni). Henry was born in Swansea, Wales, to Russian Jewish parents. Barnet was the son of Noach Baddiel.

David’s paternal grandmother was Sylvia Baumgart (the daughter of Oscar Baumgart and Bertha Kalinsky). Sylvia was born in Whitechapel, London.

David’s maternal grandfather was named Ernest Fabian. Ernst was interned as an enemy alien German on the Isle of Man by the British, despite that he was Jewish, as was not uncommon.