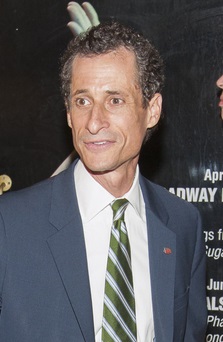 Anthony Weiner is an American politician. A Democrat, he served as a Member of the U.S. House of Representatives from New York, from January 3, 1999 to June 21, 2011.

Anthony’s family is Jewish. He has stated that his household was not religious.

Anthony is married to Huma Abedin, a political staffer, with whom he has a son. Huma is a Muslim of Indian and Pakistani descent, and speaks Arabic.

Anthony’s maternal grandmother was Martha Sorokin (the daughter of Samuel Sorokin and Anna Alt). Martha was born in New York, to a Russian-born father and a Polish-born mother.