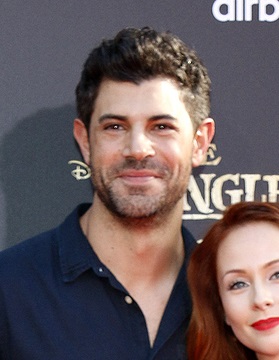 Dayoub and Emily Montague at the Los Angeles premiere of ‘The Jungle Book’ held at the El Capitan Theatre in Hollywood, USA on April 4, 2016. Starfrenzy/Bigstock.com

Damon Dayoub is an American actor and producer. He is known for his work on the series NCIS, Stitchers, and Dallas, among others.

He is married to actress Emily Montague, with whom he has one child.

Damon’s paternal grandfather was named José Antonio “Joseph/Joe” Dayoub. José was born in Cuba, and likely was of at least partial Lebanese descent.

Damon’s maternal grandmother is Darlene L. Maher (the daughter of Rody Michael Maher and Carolyn L. Hunt). Darlene was born in Iowa. Rody was born in West Virginia, the son of Joseph Maher, whose father was Irish, and whose mother was Canadian; and of Mary McHugh. Carolyn was born in Nebraska, the daughter of Franklin Jacob Hunt and Elizabeth Alberta Mitchell.