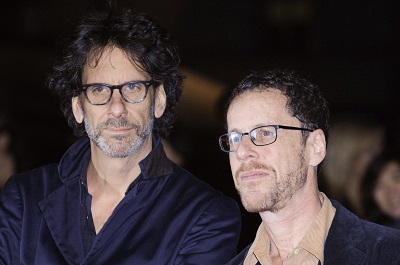 Joel Coen (left) and Ethan Coen in 2013, photo by Prphotos.com

Joel Coen and Ethan Coen, known informally as the Coen brothers, are Academy Award-winning American directors, screenwriters, producers, and editors. They won the Academy Award for Best Director for No Country for Old Men (2007). They are also known for their films Fargo (1996), The Big Lebowski (1998), and The Ladykillers (2004), all of which they wrote and directed, among other duties.

Their parents were both Jewish. Their maternal grandparents were Russian Jewish immigrants.

Source: Genealogy of the Coen Brothers (focusing on their father’s side) – https://www.geni.com