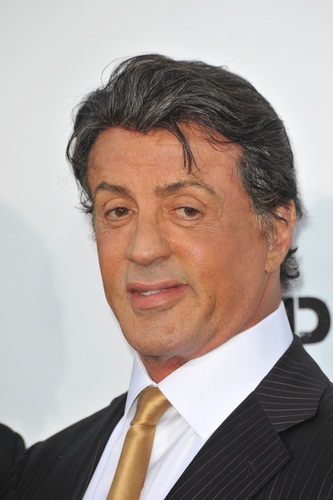 Sylvester Stallone is an American actor, director, producer, and filmmaker.

He is the son of Jackie Stallone (born Jacqueline Frances Labofish), an astrologer, dancer, and women’s wrestling promoter, and Frank Stallone, Sr., who owned beauty salons and played polo. His brother is actor Frank Stallone.

Sylvester was raised Catholic, and is a practising Catholic.

Sylvester’s maternal grandfather was John Paul Labofish (the son of Charles Schachan/Shashan Labofish/Labofisz and Rose Ethel Lemlich/Lamlec/Lamletz/Lemletz). John was born in Williamsport, Pennsylvania. On census records and in other documents, Charles and Rose were listed as born in Germany most of the time, or in Russia, some of the time. Their language was usually listed as “German.” Charles was a patent attorney, and was the son of Eiel Labofish and Dora Brier.

Sylvester’s maternal grandmother was Jeanne Victoria Adrienne Anne Clérec (the daughter of Louis Victor Clérec and Marie Pauline Rodrigue). Jeanne was born in Brittany, France, to Catholic parents, and was of Breton ancestry. Louis was the son of Victor Clérec and Marie Perrine Calonec. Sylvester’s great-grandmother Marie was the daughter of Jean Jacques Edouard Rodrigue and Jeanne Marie Cavallan.

Genealogy of Sylvester Stallone (focusing on his father’s side) – http://geneasud.com

Genealogy of Sylvester Stallone (focusing on his mother’s side) – http://worldconnect.rootsweb.ancestry.com