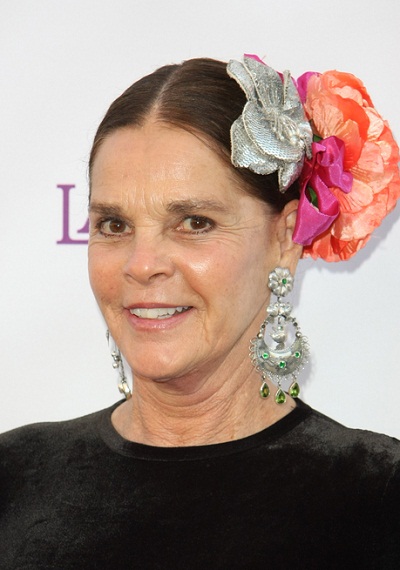 MacGraw in 2011, photo by PrPhotos

Ali MacGraw is an American actress, model, author, and animal rights activist. She is known for starring in the films Goodbye, Columbus (1969), Love Story (1970), and The Getaway (1972).

Ali’s father, Richard MacGraw, was born in New Jersey, and had Irish, and smaller amounts of Scottish and French, ancestry. Ali’s mother, Frances Moskoczi (Klein), was born in Massachusetts, to Hungarian Jewish parents. Ali was not raised knowing about her Jewish background.

Ali’s paternal grandfather was Augustus Proal/Prval MacGraw (the son of Richard MacGraw and Lidie H. Raynor). Augustus was born in New Jersey. Richard was the son of Nicholas P. McGraw and Elizabeth A. Proal, whose own father was French. Lidie was the daughter of Charles Raynor/Rayner and Emma J. Halsey.

Ali’s paternal grandmother was Elizabeth Everett (the daughter of John Everett and Ellen Burke). Elizabeth was born in New York. John was Irish. Ellen was the daughter of Irish parents, Thomas Burke and Mary.

Ali’s maternal grandfather was named Maurice/Morris Klein (the son of Aaron Klein and Fanny). Maurice was a Hungarian Jewish emigrant, from Szepsi, now in Slovakia.

Ali’s maternal grandmother was Pauline Donner (the daughter of Moritz/Morice/Morris Donner and Mathilde/Matilda Mettelman/Mittleman/Mattelman/Mistal). Pauline was a Hungarian Jewish emigrant, from Krusitnvoz. Mathilde was the daughter of Isidor Mattelman and Julia Meisler.