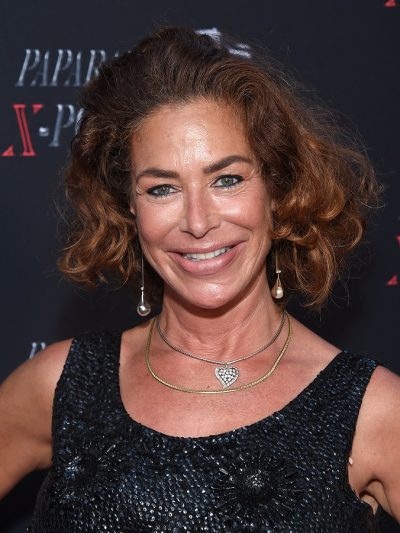 Wells in 2020, photo by DFree/Bigstock.com

Claudia Wells is an American actress, producer, and businessperson. She is known for her role as Jennifer Parker in Back to the Future (1985).

She was born in Malaysia, to American parents, and was raised in San Francisco and Los Angeles, California. Her parents were both from Jewish families. Claudia became a born-again Christian during her late teen years, and remains one.

She has one child.

Wells is a stage name she came up with when she was twelve.

Claudia’s paternal grandfather was Paul Heyneman (the son of Lionel Hermann Heynemann/Heyneman and Lucy Simon). Paul was born in California. Lionel was born in Melbourne, Victoria, Australia, to parents from Germany, Hermann Heynemann/Heyneman and Helena/Helene Cohen/Cahn. Lucy was born in California, also to parents from Germany, Hermann Simon, from Hildburghausen, Thuringia, and Gutta Arnstein, from Sulzbach-Rosenberg, Bavaria, with distant ancestors who lived in Austria.

Claudia’s maternal grandfather was Harry Sindell (the son of Samuel Bear Sindell and Sarah Leah Esther Bass). Harry was born in Ohio, to parents from Russia. Samuel was born in Novoalexandrovsk, the son of Abraham Sindell and Ida. Sarah was the daughter of Hinda.

Claudia’s maternal grandmother was Ruth Rubenstein (the daughter of Benedict “Ben” Rubenstein and Dorothy “Dora” Molenoff). Ruby was born in Ohio, to parents from Russia.