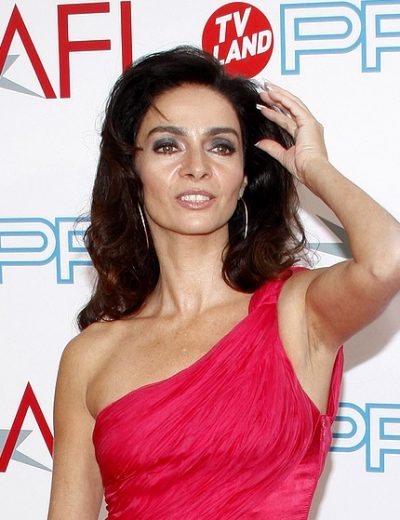 Ohana in 2009, photo by Starfrenzy/Bigstock.com

Claudia Ohana is a Brazilian actress and singer.

Her name Ohana comes from her maternal grandmother. Her half-sibling is screenwriter, film director, and author João Emanuel Carneiro. She has a daughter, actress Dandara Guerra, with her former husband, Portuguese-Brazilian film director and screenwriter Ruy Guerra.

Cláudia’s maternal grandmother was the daughter of Joseph Abraham “José Abraão” Ohana and Eudóxia/Eudácia Nogueira. José was born in Faro, Portugal, to Sephardi Jewish parents from Morocco, Abraham Haim Ohana/Bar-Hana, who was from Fez, and Rachel Amzalak. Eudóxia was born in Amazonas, the daughter of Miguel Nogueira, and was of at least partial Indigenous Brazilian descent.