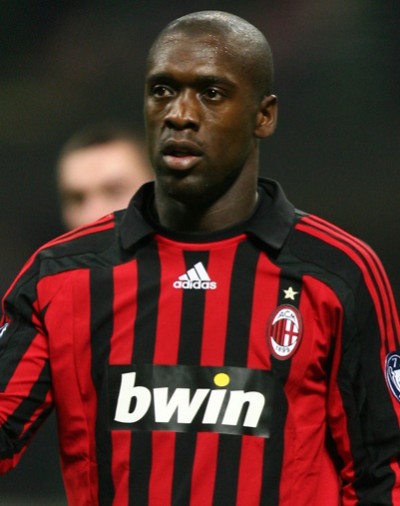 Seedorf in 2007, photo by Prphotos.com

Clarence Seedorf is a Dutch football manager and player. He was a manager of A.C. Milan. Clarence is regarded by many as one of the best midfielders of his generation, and is one of the most decorated Dutch players ever.

Clarence was born in Paramaribo, Suriname. His father, Johann Seedorf, is a player and talent agent. Clarence was raised in Almere, Flevoland, Netherlands, where he moved to when he was two years old. His nephew, Collin Seedorf, is also a professional footballer. Clarence can speak six languages: Dutch, English, Italian, Portuguese, Spanish, and Surinamese.

Clarence’s grandfather, Frederick, was the son of a slave liberated by his German master, from whom he took the surname Seedorf.

Clarence is married to Luviana, with whom he has four children. Luviana is Brazilian.

A MyHeritage DNA test stated that Clarence’s genetic ancestry is:

Clarence’s paternal grandfather was Frederik Martinus Seedorf (the son of Adam Theodores Seedorf and Selestina Julia Hongerbrom). Adam was the son of Pluto Petrus Seedorf and Amalia Walden. Selestina was the daughter of Nicodemus Izaak Hogerbron and Louisa Yorks.