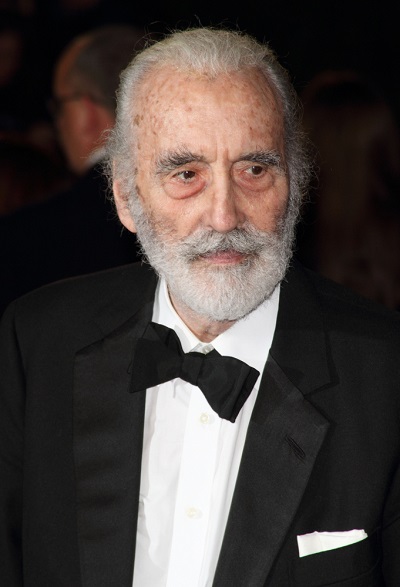 Ethnicity: English, as well as one eighth Italian

Christopher Lee was a British actor, author, and singer. He is known for his roles as Count Dracula, as well in The Man with the Golden Gun, The Wicker Man (1973), The Lord of the Rings/The Hobbit, The Face of Fu Manchu, and Rasputin, the Mad Monk, among 195 film credits.

Christopher was married to Danish painter and model Birgit “Gitte” Krøncke, until his death. The couple has a daughter.

Christopher’s maternal grandfather was Francesco/Frank Giacomo/James Carandini (the son of Girolamo/Jerome Carandini, the 10th Marquis of Sarzano, and of Maria Burgess, an opera singer). Christopher’s grandfather Francesco was born in Sydney, New South Wales, Australia, to an Italian father, from Modena, Emilia-Romagna, and to an English mother. Girolamo was the son of Francesco Carandini and Rosa Tampellini. Maria was the daughter of James Burgess and Martha Medwin.