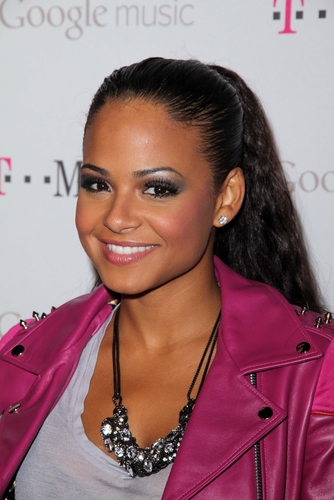 Christina Milian is an American actress, singer, and songwriter. She has starred in the films Love Don’t Cost a Thing, Torque, Man of the House, Pulse, and Falling Inn Love, and on television’s Movie Surfers and Grandfathered, among many other works. She has also been credited as Christine Flores-Nash.

She was born in New Jersey, to Cuban immigrants, Carmen and Don Flores, who are of African-Cuban descent, with Spanish ancestry. A picture of her father can be seen here. She uses her mother’s surname. Christina was raised mostly in Waldorf, Maryland.

Christina is able to speak Spanish.

Christina has a daughter with her former husband, singer, songwriter, and record producer The-Dream; and two children with her partner, French singer and songwriter M. Pokora.

Pictures of Christina’s paternal grandparents can be seen here and here.