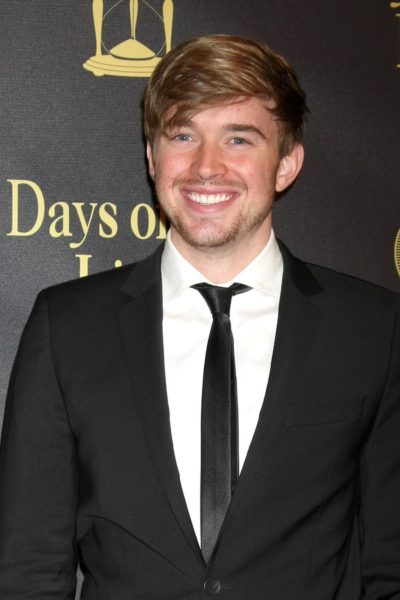 Massey in 2015, photo by kathclick/www.bigstockphoto.com

Chandler Massey is an American actor and singer. He is known for his role on Days of Our Lives.

Chandler is the son of Amy and Lewis A. Massey (Lewis Abit Massey), a Democratic businessperson and politician, who served as Secretary of State of Georgia, from January 5, 1996 to January 11, 1999. His mother is of approximately three quarters German and one quarter Irish descent.

Chandler’s paternal grandfather was Abit Massey (Francis Abit Massey, the son of Dyar Edwin Massey and Sarah Lydia “Lettie” Nix). Abit was born in Hall, Georgia, and had deep lines in the U.S. He was a lobbyist, who became director of the Georgia Poultry Federation, and was director of the state Commerce Department during the 1950s. Chandler’s great-grandfather Dyar was the son of John Wesley Massey and Eliza Arrabelle Williams. Lettie was the daughter of John Morgan Nix and Ella Loudora “Dora” Bennett.

Chandler’s maternal grandmother was Mary Roberta Young (the daughter of Robert Francis Young/Jung and Anna/Ann Margaret Sheehan). Mary was born in Springfield, Ohio. Robert was the son of Jacob Francis Young/Jung, who was from Bavaria, Germany, and of Elizabeth Catherine Ustler/Ulster, who was also of German descent. Anna was the daughter of William Sheehan, whose parents were Irish, and of Margaret Whalin/Whalen, whose parents were also Irish.