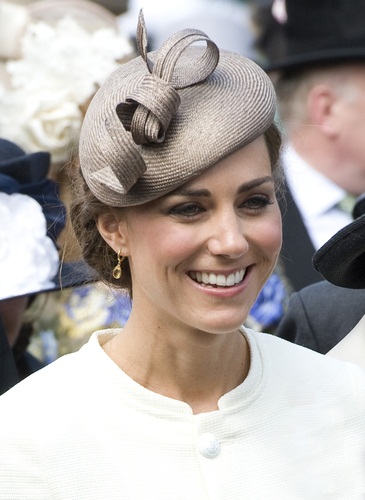 Her mother, Carole Elizabeth (Goldsmith), worked as a flight attendant, and her father, Michael Francis Middleton, worked as a flight dispatcher, later becoming an airlines officer at British Airways. Duchess Catherine is the eldest of three children. Her sister is Pippa Middleton.

Duchess Catherine is of almost entirely English descent, along with 1/16th Scottish ancestry, and remote French roots (1/512th French) from a French ancestor who left France for England in the 1600s. Duchess Catherine has ancestors from Leeds and County Durham.

Duchess Catherine is sometimes stated on the internet to have Ashkenazi Jewish ancestry, sometimes specifically through the Goldsmith line. These claims are not accurate.

Information on some of Duchess Catherine’s Lupton relatives – http://cdn.thejournal.ie