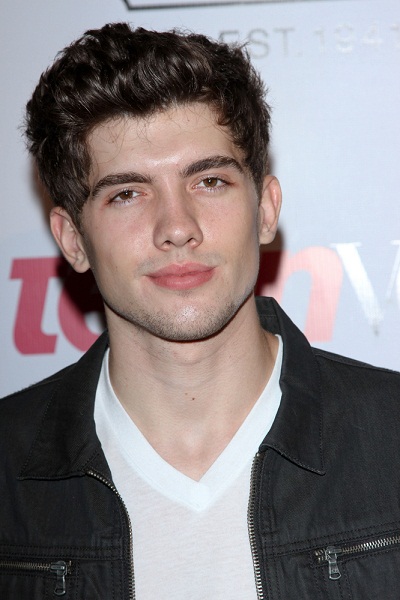 Carter Jenkins is an American actor. His roles include the films Keeping Up with the Steins, Aliens in the Attic, Valentine’s Day, and Summer of 8, and the shows Surface and Famous in Love. His brother, Renneker Jenkins, has also acted.

Carter was raised in a practicing Jewish household.

Carter’s paternal grandfather is Barry Walter Jenkins (the son of Benjamin “Ben” Jenkins and Esther Lea/Leah Brofsky). Barry was born in New Jersey. Benjamin was born in New York, to Barnett/Bernard Jenkins and Frajda/Frieda Relkin, who were Jewish immigrants, from either Russia or Belarus (Frajda’s father was named Shlomo/Samuel Ezel Relkin). Barnett and Frajda lived in Wales before coming to the United States, and it seems likely that they changed their surname to the usually Welsh name Jenkins while living there. Carter’s great-grandmother Esther was born in New Jersey, to Samuel Brofsky, a Russian Jewish immigrant, and Pearl Berg, a Polish Jewish immigrant.

Carter’s paternal grandmother is Joyce Irene Kline (the daughter of Frank Manuel Kline and Julia Baker). Joyce’s grandparents were all Jewish emigrants, from the Russian Empire. Frank was the son of Jacob Kline and Rebecca Silberg. Julia was the daughter of Morris David Becker, who was born in Belarus, and of Rebecca Logan.