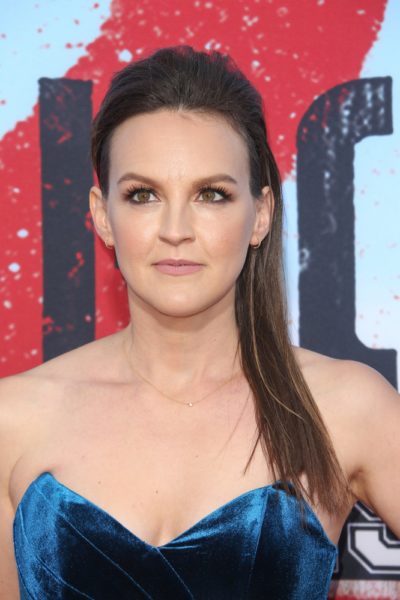 Carla Gallo is an American actress. She is the daughter of Mildred Josephine (Coiro) and Samuel Eugene Gallo. She has a daughter.

Carla’s paternal grandfather was Giuseppe/Joseph Gallo (the son of Salvatore Gallo and Antonia Marie Murana). Giuseppe was Italian, and his parents were from Mazara del Vallo, Province of Trapani, Sicily. A picture of Giuseppe can be seen here.

Carla’s paternal grandmother was Pauline M. Crane (the daughter of Philander Philetus Crane and Edna Laura Keller). Pauline, and her parents, were born in Ohio, of German origin.

Carla’s maternal grandfather was Filippo/Philip Coiro (the son of Angelo Coiro and Giusephina Spinelle). Filippo was an Italian emigrant, likely from Calabria. The surname Coiro is Calabrese.

Carla’s maternal grandmother was Giusephine/Josephine Meluso (the daughter of Carmine Meluso and Anna Ippolito). Giusephine was Italian. Anna was the daughter of Domenico Paolo Ippolito and Elisabetta Mangieri, who were from Sant’Arsenio, Province of Salerno, Campania, Italy.