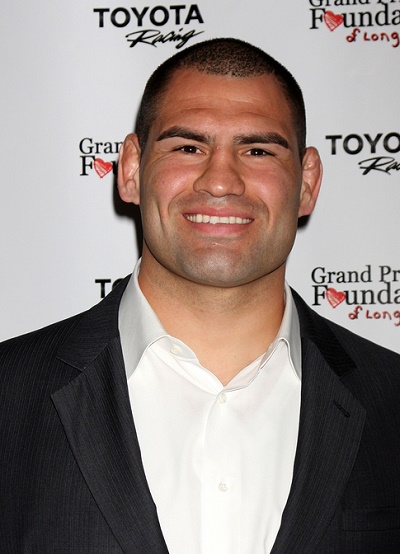 Velasquez in 2012, photo by kathclick/Bigstock.com

Cain Velasquez is an American professional mixed martial artist. He is signed with the Ultimate Fighting Championship (UFC). He is an All-American Collegiate wrestler, and added striking and jiu-jitsu to his repertoire at the American Kickboxing Academy.

Cain stated on the UFC website that his father encouraged him to begin boxing and follow in the footsteps of the many great Mexican boxers. For a young Velasquez, though, wrestling was his passion.

Cain has the tattoo “Brown Pride” on his chest as a tribute to his heritage.

He is married to Michelle, with whom he has two children.