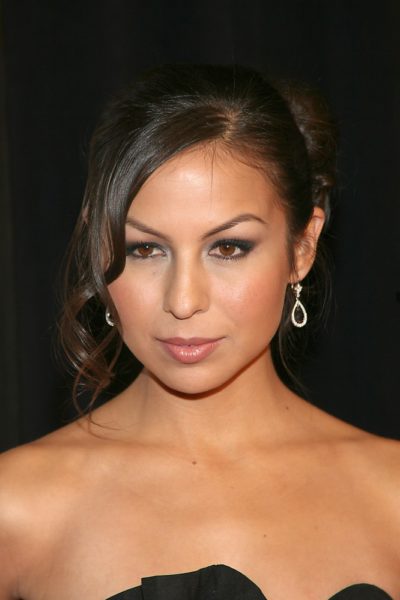 Johnson in 2010, photo by Prphotos

Anjelah Johnson is an American actress and comedian. She was an NFL cheerleader.

Anjelah is the daughter of Susan and Mitchell Johnson. Anjelah’s official website states that she is “of Mexican and Native American descent.”

She is married to musician Manwell Reyes, of Group 1 Crew. Manwell is of Puerto Rican descent.

Anjelah is a devout Christian.

Anjelah’s paternal grandfather was Reuben/Rubin Chavez Johnson (the son of Ramon Johnson and Ramona Chavez). Ruben was born in Arizona. Anjelah’s great-grandfather Ramon was the son of Charles S. Johnson, who was born in New Mexico, to a Virginia-born father, of British Isles descent, and to a Mexican mother; and of Tiburcia Holguin, who was of Mexican descent. Anjelah’s great-grandmother Ramona was born in Arizona, to Mexican parents, Hylario D. Chavez and Maria.