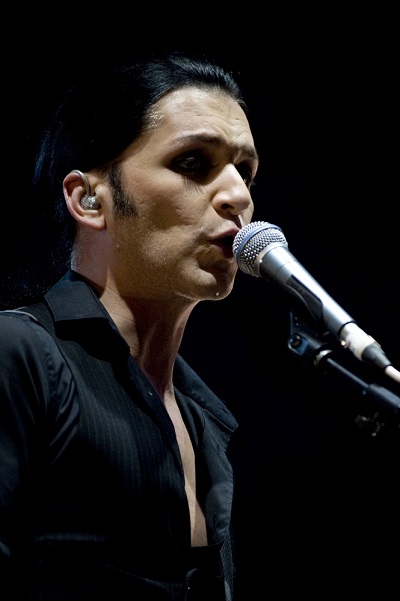 Brian Molko is a Scottish and Belgian musician, songwriter, vocalist, and guitarist. He is known as the singer of English rock band Placebo.

Brian’s father is an American banker. Brian’s paternal grandfather was of Algerian Jewish ancestry (originally Moulko/Molcho, a Sephardi surname). Brian has said that his paternal grandmother was from Bologna, Italy. It is not clear if she was also Jewish.

Brian’s mother, Melle Farrell/Farrel, is a Scottish Catholic, from Dundee. She likely has Irish ancestry.

Brian’s family moved frequently during his childhood, living in Dundee, Liberia, Lebanon, and Belgium, where they eventually settled for a long time. They lived in the village of Longeau there, near the border with Luxembourg, where Brian spent a lot of his childhood.