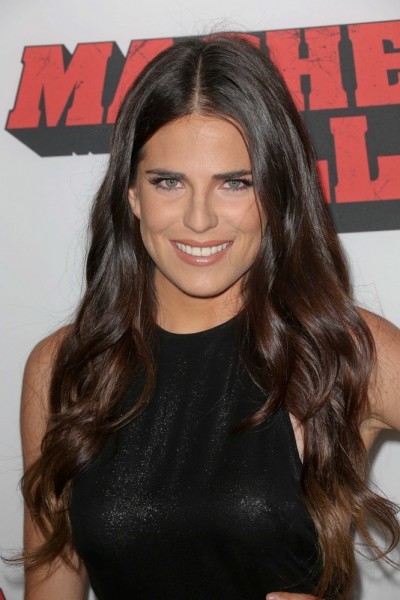 Ethnicity: Mexican and Chilean, including Spanish [Catalan] and Portuguese

Karla Souza is a Mexican actress. She stars on the ABC legal drama series How to Get Away with Murder.

Karla is the daughter of Monica (Souza) and Carlos Olivares. She is married to Marshall Trenkmann, with whom she has two children.

Karla was born in Mexico City, and raised partly in Aspen, Colorado, U.S. Her father is Chilean and her mother is Mexican. Souza is a Portuguese surname. On her mother’s side, Karla has Spanish and Catalan ancestry. She is also a descendant of Juan José Da Souza y Viana Botelho; some sources state that he was born in Portugal, while other sources state that he was from Colonia del Sacramento, Uruguay, a city founded by the Portuguese in 1680.

Genealogy of Karla Souza (focusing on her mother’s side) – https://www.geni.com