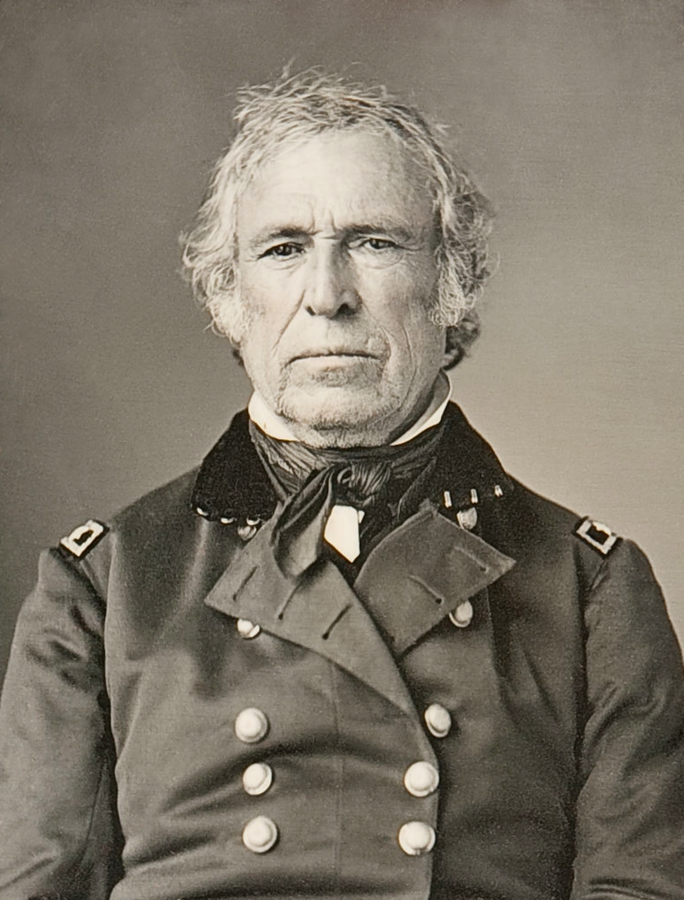 Zachary Taylor was an American politician and army major general. A member of the Whig Party, he served as the 12th President of the United States, from March 4, 1849 to July 9, 1850. He was elected to the position in 1848. He served as president until his death from an illness.

President Taylor was the son of Sarah Dabney (Strother) and Richard Lee Taylor, who was a Lieutenant Colonel in the American Revolution. He was married to Margaret Mackall (Smith) Taylor, with whom he had six children.

President Taylor’s paternal grandmother was Elizabeth Lee (the daughter of Hancock Lee and Sarah Elizabeth Allerton). Elizabeth was born in Hadleigh, Suffolk, England, to parents from Virginia, who were of English descent. Hancock was the son of Richard Lee and Anne Constable. Sarah was the daughter of Isaac Allerton and Elizabeth Willoughby.

President Taylor’s maternal grandfather was William Dabney Strother (the son of Francis Strother and Susannah Dabney). William was born in Virginia. Francis was the son of William Strother and Margaret Thornton. Susannah was the daughter of John Dabney and Sarah Jennings.

Tags: 1848EnglishPresident of the United States