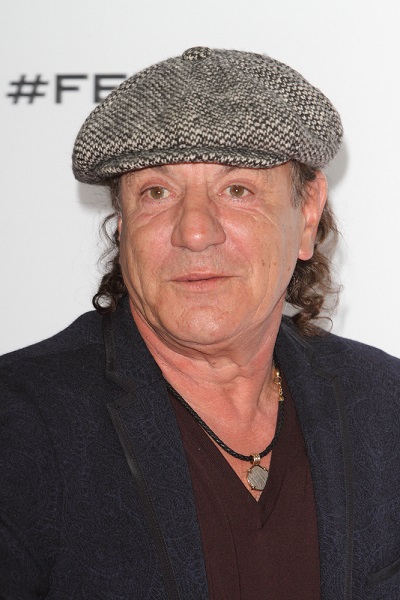 Johnson in 2014, photo by Prphotos.com

Brian Johnson is a British singer and songwriter. For decades, he was the lead singer of Australian rock band AC/DC. Other members of the band include/have included Axl Rose, Bon Scott, Chris Slade, Angus Young, Malcolm Young, and Stevie Young.

His father, Alan Johnson, was English, and was a Sergeant Major in the British Army. His mother, Esther Maria Octavia De Luca, was Italian, from Rocca di Papa, Province of Rome, Lazio, Italy. Brian has said that she was from a wealthy family.

He is married to Brenda. He has two children with his former wife Carol.