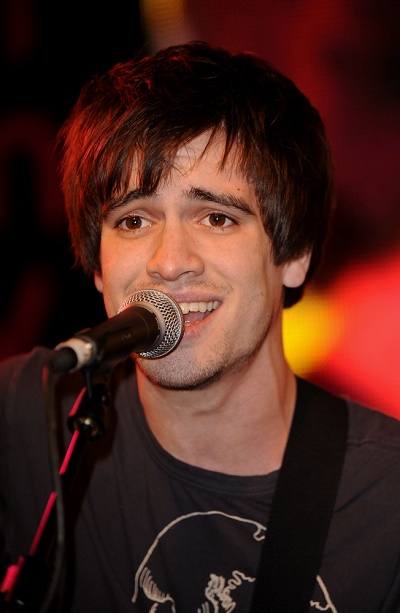 Brendon Urie is an American singer, songwriter, and musician. He is the lead singer, and sole remaining member, of pop rock band Panic! at the Disco. Dallon Weekes was previously also a member of the band.

Brendon is the son of Grace and Boyd Urie. He was raised in an LDS (Mormon) family, in Las Vegas, Nevada. He is married to Sarah Orzechowski.

Brendon’s maternal grandmother is of one quarter Portuguese, and approximately three eighths Native Hawaiian, ancestry, with the rest English. The rest of Brendon’s ancestry is English, Scottish, Irish, German, 1/16th Welsh, and 1/32 Danish. Urie is a Scottish surname.

Brendon’s paternal grandfather was Richard Urie (the son of Thomas Roy Urie and Winifred/Winnifred Jemona Parry). Richard was born in Utah. Thomas was the son of Thomas Urie and Catherine Keturah Tidswell Gower, and was of half English, one quarter Irish, and one quarter Scottish, descent. Winifred’s father was Welsh and her mother was English.

Brendon’s paternal grandmother was Fern Lorraine/Loraine Dalley (the daughter of Ronald Jones Dalley and Margery/Marjorie Mutch Hiskey). Fern was born in Utah. Ronald was of three quarters English and one quarter Danish descent, and was the son of Nielson Bertelsen Dalley and Mary Crosby Jones, who was English. Margery’s mother was English, and her father was descended from a German immigrant, likely named Hisgen.

Genealogy of Brendon Urie (focusing on his mother’s side) – http://www.geni.com