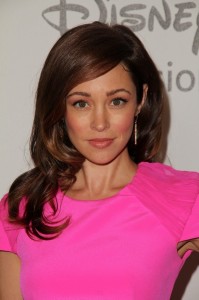 Autumn Reeser is an American actress.

She has two children with her former husband, writer and director Jesse Warren.

Autumn’s paternal grandfather was Dewain/Dwain Wardell Reeser (the son of Lawrence Wardell/Ward Reeser and Emily Polean Steggall). Dewain was born in Iowa. Lawrence was the son of John Wesley Reeser and Edith M. Worsley. Emily was the daughter of George Allen Steggall and Mary Frances Menuey, whose parents were from France, Haute-Saone and Marne, respectively.

Autumn’s maternal grandfather is Kenneth Wayne Handel (the son of William Christian Handel and Pauline Kirschenmann). Kenneth was born in California. William was born in North Dakota, the son of Christian Handel and Sophia Levi, who were ethnic Germans from Odessa, in the Russian Empire. Pauline was born in California, the daughter of Ludwig Kirschenmann, from Neudorf, Odessa, and of Christina Mettler, from Kassel, Odessa, who were also ethnic Germans from the Russian Empire.

Autumn’s maternal grandmother is Maudie Lou Crabb (the daughter of Clifford Carl Crabb and Aryvivie/Ary Vivle/Aryviola Kirby). Maudie was born in Oklahoma. Clifford was the son of Minto Parris Crabb and Dethulia A. Elizabeth Prescott. Aryvivie was the daughter of William M. Kirby and Myrtle L. Williams/Williamson or McCoy.

Genealogies of Summer’s maternal great-great-grandmother, Dethulia A. Elizabeth Prescott (focusing on her own father’s side) – https://www.geni.com
https://www.wikitree.com