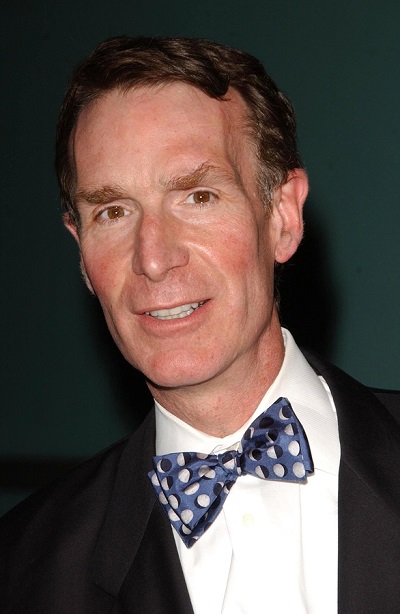 Bill is the son of Jacqueline Jenkins-Nye and Edwin Darby “Ned” Nye. During World War II, his father worked as a contractor on Wake Island in the Pacific, and spent years in a Japanese POW camp, while his mother was a codebreaker, among the “Goucher Girls,” alumnae of Goucher College enlisted to help crack codes, used by Japan and Germany.

Bill’s maternal grandmother was named Lucy/Lucie Marie Berta Briot (the daughter of Francois Briot and Blanche). Lucy was French, from Dancevoir, where her father was mayor.

Oral family history of much of Bill’s family – http://randall3.uncw.edu