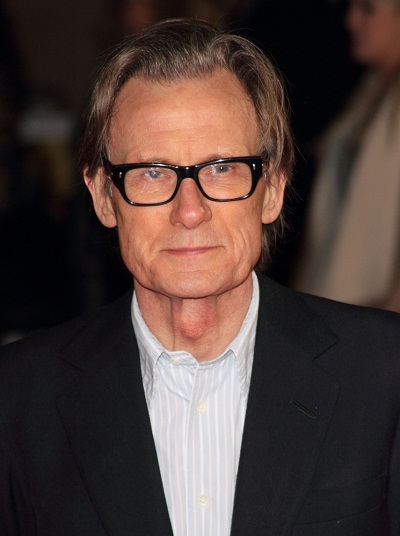 Bill Nighy is a British actor. His roles include Love Actually, the Underworld, Pirates of the Caribbean, and The Best Exotic Marigold Hotel franchises, the films Still Crazy, Shaun of the Dead, The Hitchhiker’s Guide to the Galaxy, The Constant Gardener, Notes on a Scandal, Hot Fuzz, Valkyrie, The Boat That Rocked, Arthur Christmas, Wrath of the Titans, Total Recall, About Time, The Bookshop, and Emma., and television’s State of Play, The Girl in the Café, Gideon’s Daughter, and Page Eight, as well as stage performances.

He is the son of Catherine Josephine (Whittaker) and Alfred Martin Nighy. His father was English. His mother was born in Glasgow, Scotland, of Irish ancestry. Bill is the father of actress and filmmaker Mary Nighy, with his former partner, actress Diana Quick.

Bill’s paternal grandfather was Joshua Nighy (the son of William Nighy and Sarah Rowland). Joshua was born in Croydon, Surrey, England. Bill’s great-grandfather William was the son of John Nighy and Mary Mott.

Sources: Family history of Bill Nighy (focusing on his father’s side) – http://www.telegraph.co.uk