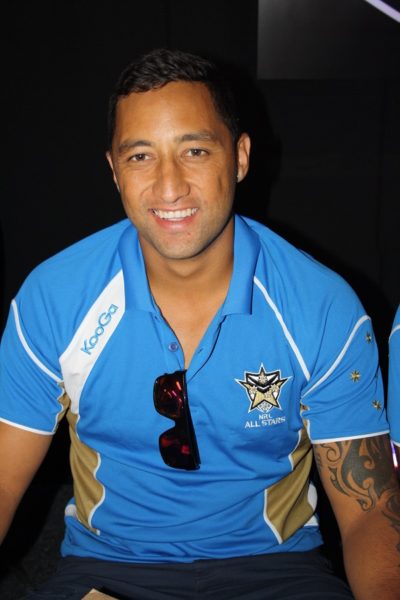 Marshall in 2013, photo by Michelle Cop/Bigstock.com

Benji’s mother, Lydia, gave birth to him when she was fifteen. Benji did not know his biological father, a man from Rotorua, New Zealand by the name of Calvin. He was raised by his mother and stepfather Michael Doherty.

Benji is married to Zoe.

Benji’s maternal grandfather was Henry Marshall, Sr. (the son of John Thomas Wilson Marshall and Raiha Pohitere/Poihaitere Biddle). Henry was born in Whakatane, Whakatane District, Bay Of Plenty, New Zealand. John was born in Launceston, Tasmania, Australia, was the son of John Boyd Marshall, who was from Launceston, Tasmania, Australia, and had Scottish ancestry, and of Clara Elizabeth Fogarty, who was also from Tasmania, and was of Irish descent. Benji’s great-grandmother Raiha was the daughter of Tori Ben Biddle, who was of half English and half Māori descent, and of Reihana Tiramate Hakeke, who was Māori.

Because of his Scottish heritage, Benji was considered by Scotland Rugby League to represent the country, but he refused the offer.

Genealogy of Benji’s maternal grandfather, Henry Marshall, Sr. (through his own brother) – https://www.wikitree.com