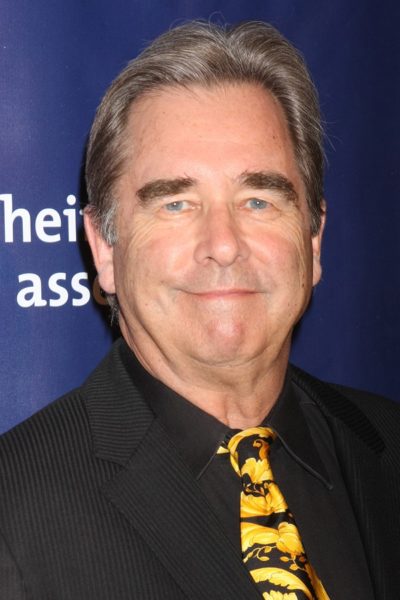 Bridges in 2015, photo by kathclick/Bigstock.com

Beau Bridges is an American actor and director. He is a three-time Emmy, two-time Golden Globe, and one-time Grammy Award, winner. He is the son of actors Lloyd Bridges (Lloyd Vernet Bridges, Jr.) and Dorothy Bridges (Dorothy Dean Simpson). His brother is actor Jeff Bridges (Jeffrey Leon Bridges). He has five children, three with his wife, Wendy Treece, and two, including actor Jordan Bridges, with his former wife, Julie Landfield.

His father was from a family that had long lived in the United States, and had English, and some Scots-Irish/Northern Irish, ancestry. His mother had English, Irish, Swiss-German, and German ancestry.

Beau’s paternal grandfather was Lloyd Vernet Bridges (the son of John Hewston Bridges and Minnie Ellen Hortense Tibbetts). Lloyd was born in Kansas. John was born in Colorado, the son of James Graham Bridges and Dorothy Parthena Jane Cabe. Minnie was born in Minnesota, the daughter of Sidney Tibbetts and Eleanor Ellen Titus, who was born in Ontario, Canada.

Genealogy of Beau Bridges (focusing on his father’s side) – http://www.wikitree.com