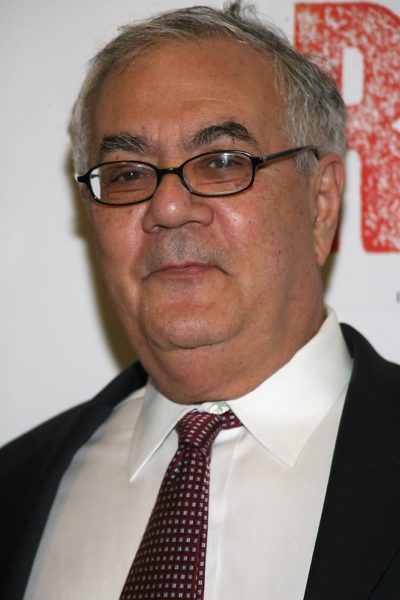 Barney Frank is an American politician. A member of the Democratic Party, he served as a Member of the U.S. House of Representatives from Massachusetts, from January 3, 1981 to January 3, 2013.

Barney was born in Bayonne, New Jersey, the son of Elsie (Golush) and Samuel Frank.

Barney is married to Jim Ready.

Barney’s maternal grandparents were Banet “Benny” Golush and Anna. They were from a small town near Minsk, Belarus, and spoke Yiddish at home.