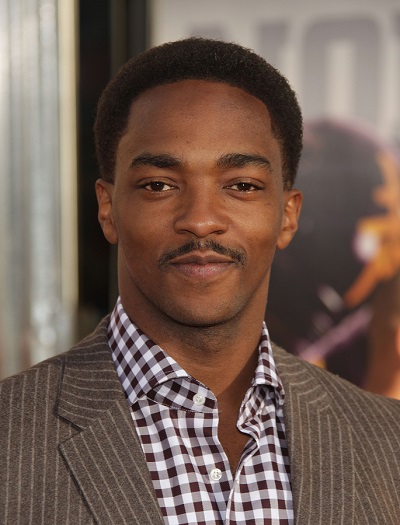 Mackie in 2011, photo by DFree/Bigstock.com

Anthony Mackie is an American actor. He plays Falcon in the Marvel Cinematic Universe.

Anthony is the son of Martha (Gordon) and Willie Mackie. His brother, Calvin Mackie, PhD, is a mentor, motivational speaker, and entrepreneur. Anthony has four children with his former wife Sheletta Chapital.

Anthony’s paternal grandfather was Ledell/Liddell Mackie, Sr. (the son of Jordan/Jurdin Mackie and Virginia Hargrove). Ledell was born in Louisiana.

Anthony’s paternal grandmother was Nellie Rayford (the daughter of Major Rayford and Rosalie Doherty/Doughty). Nellie was born in Louisiana. Major was the son of Joseph Rayford and Adaline. Rosalie was the daughter of Chris Doherty and Sarah Watts.

Anthony’s maternal grandfather was Kilbert/Kilbourne Gordon (the son of Phil Gordon and Martha Williams). Kilbert was born in Louisiana.

Sources: Genealogy of Anthony Mackie (focusing on his father’s side) – https://www.geni.com