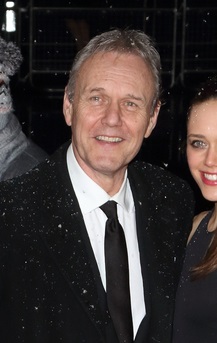 Anthony Head is an English actor and musician. He is known for his role as Rupert Giles on the show Buffy the Vampire Slayer.

He has two children, actresses Emily and Daisy, with his partner Sarah Fisher.