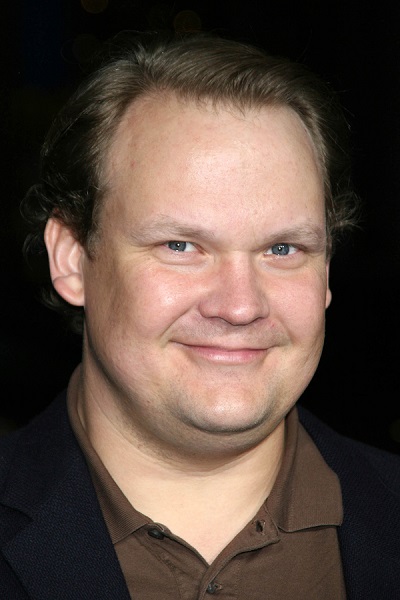 Richter in 2007, photo by s_bukley/Bigstock.com

Andy is married to actress and writer Sarah Thyre, with whom he has two children.

Andy’s paternal grandfather was Roy Arnold Richter (the son of Earnest/Ernest Julius Richter and Effa/Effie May/Mae Keagle). Roy was born in Illinois. Earnest was born in Germany, the son of Franz Richter and Minnie Scheibner. Effa was the daughter of George W./Harrison Keagle and Sophia Ann/Anna Shropshire.

Andy’s paternal grandmother Isabelle Choquet (the daughter of August/Angustice Choquet and Blanche Deruy). Isabelle was born in Kansas, to French parents. August was the son of Henri/Henry Choquet and Sophie Denneulin. Blanche was the daughter of Moise Deruy and Julia Veret.

Andy’s maternal grandfather was Glen Daniel Palmer (the son of Daniel Franklin Palmer and Hattie Amelia Healy). Glen was born in Illinois, and was from a family that had lived in the United States since the 1600s, with English ancestry. Andy’s great-grandfather Daniel was the son of Gordon Palmer and Betsey Eastman Kelly. Hattie was the daughter of William Henry Healy and Diantha L. Lyon.