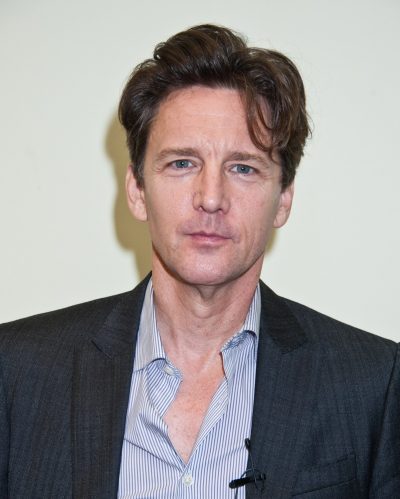 Andrew McCarthy is an American actor, travel writer, and television director. He is known for his leading roles in the films St. Elmo’s Fire, Pretty in Pink, and Less Than Zero, among others.

Andrew is married to Dolores Rice. He has a son, actor Sam McCarthy, with his former wife Carol Schneider; and two children with Dolores.

Andrew’s paternal grandmother was Loretta Madeleine Emerson (the daughter of Stephen Gordon Emerson and Ellen/Nellie Berriah/Bergen/Berrigan). Loretta was born in New York. Stephen was born in Canada, to an English father, Steven Charles Emerson, and to a Canadian mother of Scottish descent, Elizabeth Jane Gordon. Ellen was the daughter of Irish parents, Michael Berriah and Annie McArdle.

Andrew’s maternal grandfather was Walter Comstock Mallory (the son of Charles Edward Mallory and Margaret Mal Ferris). Walter was born in Connecticut or Nebraska. Charles was the son of John Deloss Mallory and Fanny/Fannie E. Scott. Margaret was the daughter of Gideon Ferris and Margaret Lego.