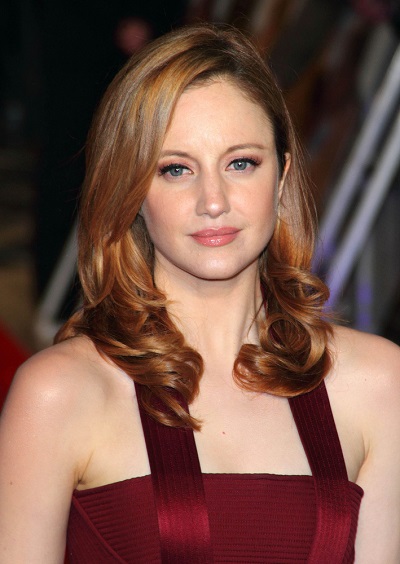 Riseborough in 2012, photo by Prphotos.com

Andrea Riseborough is an English actress. Her roles include the films Venus, Happy-Go-Lucky, Never Let Me Go, Brighton Rock, Made in Dagenham, Shadow Dancer, Disconnect, Welcome to the Punch, Oblivion, Birdman or (The Unexpected Virtue of Ignorance), Nocturnal Animals, Battle of the Sexes, The Death of Stalin, Mandy, Nancy, The Grudge (2020), Possessor, Luxor, To Leslie, and Matilda the Musical, and television’s The Long Walk to Finchley, The Devil’s Whore, and The Witness for the Prosecution, as well as many stage performances.

She was raised in the seaside town of Whitley Bay, North Tyneside.

Andrea’s paternal grandfather is Robert William Riseborough (the son of John Riseborough and Edith Alberta Endean). Robert was born in Tynemouth, Northumberland, England. John was the son of Robert Riseborough and Mary Ann Storey. Edith was the daughter of William Henry Endean and Mary Elizabeth Armstrong.