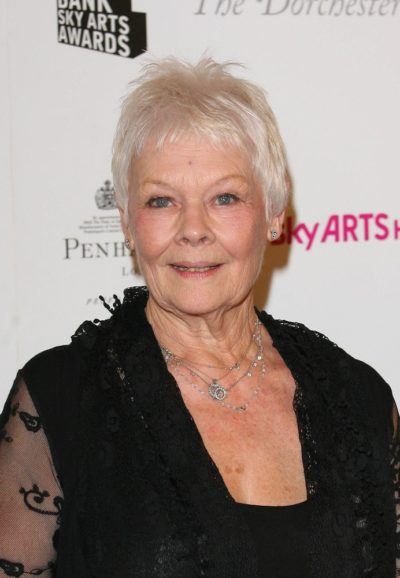 Judi Dench is a British actress and author. She won the Academy Award for Best Supporting Actress for Shakespeare in Love (1998). She is also known for her roles in Philomena, The Best Exotic Marigold Hotel, Notes on a Scandal, Mrs Henderson Presents, Belfast, and the James Bond franchise, among many other films.

Judi is the daughter of Eleanora Olive/Olave (Jones) and Reginald Arthur Dench. Her father was English. Her mother was from a Protestant family from Dublin, Ireland, where Judi’s parents met.

Judi was married to actor Michael Williams, until his death. They have a daughter, actress Finty Williams.