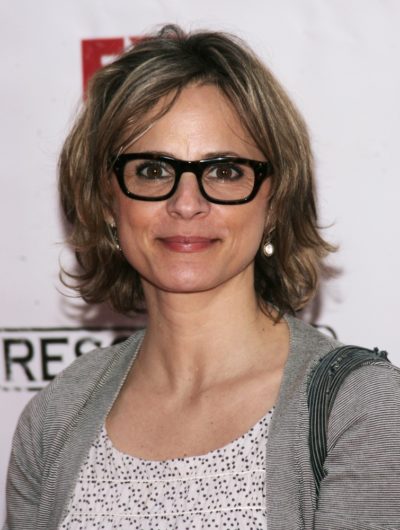 Amy is the daughter of Sharon Elizabeth and Louis Harry “Lou” Sedaris. Her father is of Greek descent. Her mother, whose family has lived in the United States since the 1600s, had English and Scottish ancestry.

Amy’s maternal grandfather was Ray/Raymond Willard Leonard (the son of Frank Montville Leonard and Hattie McDonald/McDowell). Ray was born in New York. Frank was the son of John Leonard and Sarah.

Amy’s maternal grandmother was Elizabeth H. Beebe (the daughter of Kirkham/Kirk P. Beebe and Mary Hitchcock). Elizabeth was born in New York. Kirkham was the son of Martin E. Beebe and Jerusha/Jarusha Brown.

A DNA test of Amy’s brother David, whose results were displayed on the show Finding Your Roots with Henry Louis Gates, Jr. (2014), stated that David’s genetic ancestry includes:

The other results were not displayed.

Genealogy of Amy Sedaris (focusing on her mother’s side) – https://www.wikitree.com