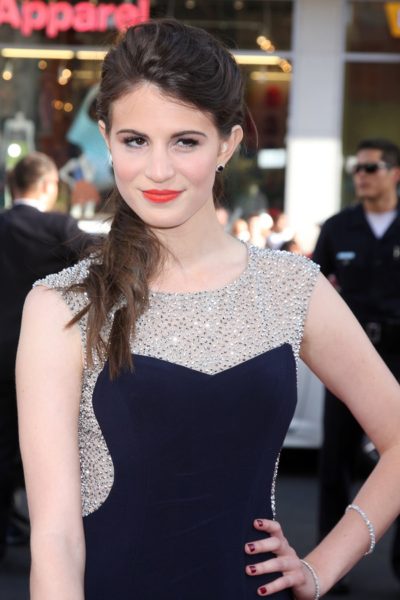 Blaire in 2014, photo by kathclick/Bigstock.com

Amelia Rose Blaire is an American actress. She had a leading role on the series Scream.

She is the daughter of Vivian and Jason Rosenfield. She was raised in Los Angeles, California, U.S. Amelia Rose is married to actor Bryan Dechart. Amelia has dual American and French citizenship, and speaks some French and Spanish.

Amelia’s maternal grandfather was Francis E. Belmont (the son of Marcel Blum and Yvonne Betty Bernheim). Marcel was born in Saint-Étienne, Loire, Auvergne-Rhône-Alpes, the son of Emile Blum and Sarah Levy. Yvonne was born in Paris, Île-de-France, France, the daughter of Léon Bernheim, who was from Rosheim, Bas-Rhin, Alsace, and of Berthe Marguerite Lion.

Genealogy of Amelia Rose Blaire (focusing on her mother’s side) – https://www.geni.com