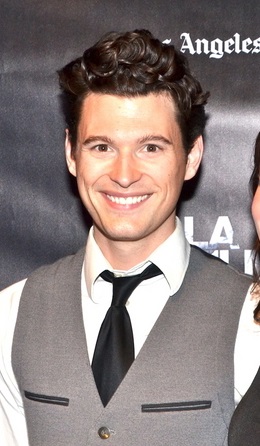 Dechart in 2015, photo by Prphotos.com

Bryan is married to actress Amelia Rose Blaire. He was raised in Novi, Michigan.

Bryan’s paternal grandfather was Lawrence/Lawrance Franklin Dechart (the son of Lawrence/Laurence Henry Dechart and Beulah B. Steele). Bryan’s great-grandfather Lawrence was the son of Henry Dechart/Deckert and Laura/Leona Alice Church. Beulah was born in either Missouri or Kansas, the daughter of Frank Steele and Anna Missouri Wilson.