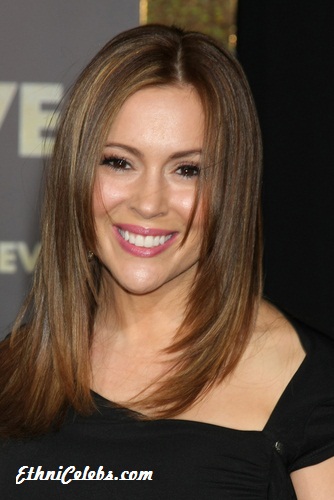 Alyssa Milano is an American actress, producer, singer, author, and activist. She is known for her roles on the series Who’s the Boss?, Melrose Place, Charmed, Wet Hot American Summer: 10 Years Later, and Insatiable, and the films Double Dragon and Embrace of the Vampire, among other works.

She is the daughter of Lin Milano, a talent manager, and Thomas M. Milano, who edits film music. She is of Italian descent. She had her first major role in the sitcom Who’s the Boss?, alongside Tony Danza, who is also of Italian descent.