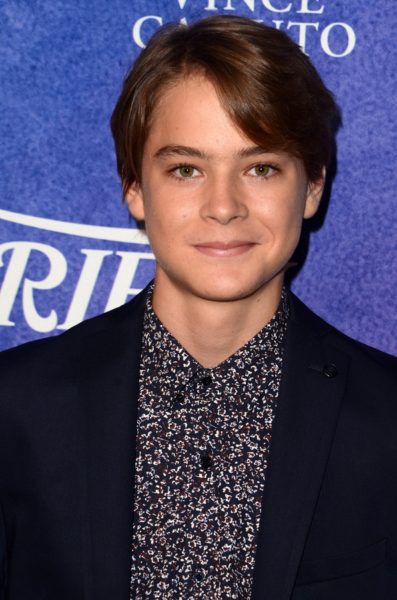 Lewis in 2016, photo by kathclick/Bigstock.com

Judah Lewis is an American actor. He is known for his roles in the films Demolition, The Babysitter, The Christmas Chronicles, I See You, and The Babysitter: Killer Queen. His parents are acting teachers in Los Angeles.

Judah’s paternal grandmother is Mary Ellen Devine (the daughter of Charles Daniel Devine and Mauria Brigid McGinn). Judah’s grandmother Mary Ellen is of Irish descent. Charles was the son of Daniel Joseph Devine, whose father was Irish and whose mother was also of Irish descent; and of Mary Ellen/Ella Hushion, who was born in Pennsylvania, to Irish parents. Judah’s great-grandmother Mauria was born in Pennsylvania, to Irish parents, Michael Joseph McGinn and Katherine/Kathleen Kennedy.