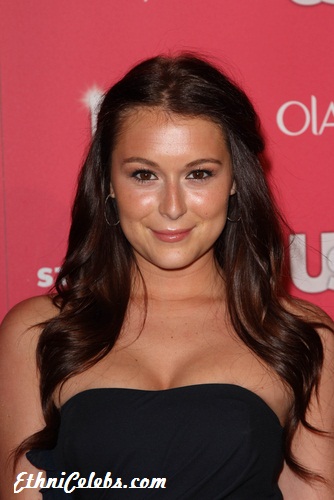 PenaVega in 2011, image via s_bukley / Shutterstock.com

Alexa PenaVega, also credited as Alexa Vega, is an American actress and singer.

She is known for starring as Carmen Cortez in the Spy Kids films. Her sister is actress Mackenzie Vega (Mackenzie Jade Vega). Her father, Baruch Vega, is Colombian, and her mother, Gina, is American. Her mother’s maiden name, Rue, could indicate some French ancestry.

Alexa is married to actor and singer Carlos PenaVega (previously credited as Carlos Pena). Alexa uses the name Alexa PenaVega professionally, as the couple have merged their surnames together. The couple has three children.

Alexa has stated that she tried to trace her mother’s heritage, but could only find out that her mother is a fifth generation native of Florida.